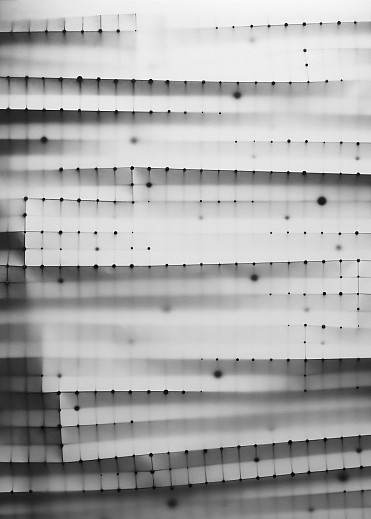 Comments/Context: Starting about a decade ago, the famous magicians Penn and Teller created a television show called “Penn & Teller: Fool Us”, where aspiring illusionists would perform their tricks and the two magicians would watch along with the audience and try to figure out how they were actually done. Only rarely were the two stars ever actually fooled, but beyond the obvious entertainment value of the setup, the show exposed a fascinating practical duality of magic, where the playfully performative face of any illusion was backed up by extremely precise thinking and professional execution.

When faced with illusionism in contemporary photography, I think many of us naturally take on the role of Penn & Teller – first, we are enchanted by the visual magic, and then we quickly transition to trying to puzzle out exactly what the photographer has done to generate the satisfying optical confusion. The best photographic illusions survive this onslaught of picky attention and emerge even stronger – we might guess at what’s happening, but that knowledge doesn’t diminish our appreciation of the works; in fact, we’re even more impressed now that we can partially unpack the meticulous steps required to craft the illusions.

Christiane Feser has built her artistic career around the fundamental image/object duality of photography and the creative ways she can exploit that property to generate intricately sculptural photographic works. In her 2019 gallery show (reviewed here), she explored the possibilities of folded geometries of cut paper, using layers of rephotography, contrasts of light and dark, and precise physical cutting to transform flat photographs into densely undulating surfaces of boxes, triangles, strips, and teardrops. This new show finds her continuing to expand her artistic toolbox, introducing several new techniques she has developed for playing with the properties of cast light and shadow, and the inherent dissonance between two- and three-dimensionality.

Three of Feser’s recent works use complex arrangements of sewing pins (thin metal pins with round heads) as both a subject and a physical presence. From afar, two of the works (from the series Nullpunkte) expand into all over patterns – one spreading into tiny branched nodes like lung tissue or capillaries, the other swirling like the murmuration of a flock of birds – and the third (from the series Gitter) starts as a rigid grid and slowly loosens and falls like lace netting.

Up close is where the visual confusion sets in – at each node, there appear to be two pins and two shadows, one “real” (i.e. a physical pin and its shadow cast by the light in the gallery) and one photographic (i.e. in the underlying image). How this could all be happening leads us down the Penn & Teller figure-it-out rabbit hole, where we slowly discover that Feser first made a physical sculpture of the pins, building the structure by placing each successive pin in the tip of the shadow of the last, like a game of connect the dots; depending on the insertion angle (and the direction of the light source casting the shadow), the iterative path moves around the composition. She took a photograph of this initial sculpture and then proceeded to place additional physical pins in the intersection points in the resulting print, and given a light source coming from a different angle, an additional (physical) shadow is cast on the surface of the photograph, creating the doubling effect.

Once we can piece it all together, Feser’s approach seems elementally simple, but the process leads to visually complex and engagingly disorienting outcomes. Nullpunkte 22 plays with monochrome tonalities, with white pin heads that cast shadows that range from middle grey to black. Nullpunkte 26 introduces elements of color to the equation, including a light blue backdrop and pinheads in white, black, and red. And Gitter 11 takes an alternate path, starting with black pins on white paper (and an attempt to make a crisp grid by following two layers of perpendicular shadows to the next pin placements); the resulting sculptural object has then been photographed and tonally inverted, turning the black pins and shadows white, to which Feser has added a physical layer of black pins at the intersections, which of course cast their own shadows in the spotlit gallery. Each work engages with the image/object duality in slightly different ways, but all of these efforts feel rigorous and methodical, leading to graceful patterns that mask the intense exactness and artistic care that was required to make them.

Feser’s Felder series moves back to complexities found in the flatness of the picture plane. Starting with paper folded into formal grids with black spots of varying sizes placed at the intersection points, Feser then lifts and depresses the folded papers, creating strips and undulations that are either closer to or farther from the camera lens; when photographed, these areas end up intensely sharp or indistinctly blurred, with dark shadows cast along fold lines and underneath crumpled zones. When reprinted, these photographs return to perfect flatness, making the ups and downs of the paper topography more illusionistic. Feser then goes one step further by adding droplets of glossy lacquer to some (but not all) of the black dots, adding a physical intervention on the surface of the photographic print which further confuses our sense of depth. In the three works from the series on view, Feser has tuned the effects differently: in Felder 1, the dots seem to shimmer with back and forth instability; in Felder 3, the horizontal stripes of folded grid are dominant, seeming to push up and down; and in Felder 6, the surface of the paper seems to undulate and tumble, with more areas of blur (and dots that interrupt them) that imply fluctuating rounded depth. In all three, Feser has constructed works that defy our internal logic of perspective, creating apparent rhythms and movements where there are none.

Given that most of Feser’s large works are unique constructions, it makes sense that she might try to create smaller (and simpler) editioned works that could reach a wider audience. To that end, she has made photographs of crumpled grid paper, and then printed them once on regular photographic paper and a second time on transparent Japanese tissue, and then overlaid the two prints on top of each other, creating a shifting doubled perspective. To further complicate things, she then cut geometric see through windows in the tissue layer, allowing us to see through to the print underneath. While much simpler than her larger works, these two works (one light and one dark) have the same spirit as her more involved constructions, pulling the illusion of turbulent depth out of out flatness.

While this is a relatively small show, it brims with smart iterative thinking. It’s certainly likely that plenty of adaptive tinkering and experimentation took place along the way in the making of these new works, but it’s also clear that Feser was able to pre-visualize much of what she was hoping to create, or at least understood how certain choices (both physical and photographic) would ripple through her layered processes. This kind of directed innovation is what often leads to unexpected artistic breakthroughs, and as seen here, Feser has proven herself to be adept at both generating new white space to explore and forcing photographic perception into surprisingly clever visual contortions.