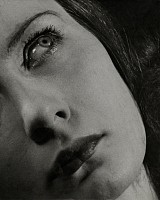 André Steiner (1901-1978) was a Hungarian Jew who came to Paris in 1927 after eight years in Vienna. He majored in engineering at university, but also pursued photography, assisting Dr. Joseph Maria Eder, who taught and wrote extensively about photography and photographic techniques. Steiner was an outsider to the Hungarian artistic community in Paris; he felt photography was a solitary and personal pursuit. He experimented with techniques such as superimposition, solarisation, photomontage and photograms. Steiner was an accomplished athlete and was drawn to the body as a subject. Steiner’s wife, Lily, was a favorite subject of his; he made countless nude portraits of her until their split in 1938. His work was published in several books, used in advertisements, as well as scientific magazines.