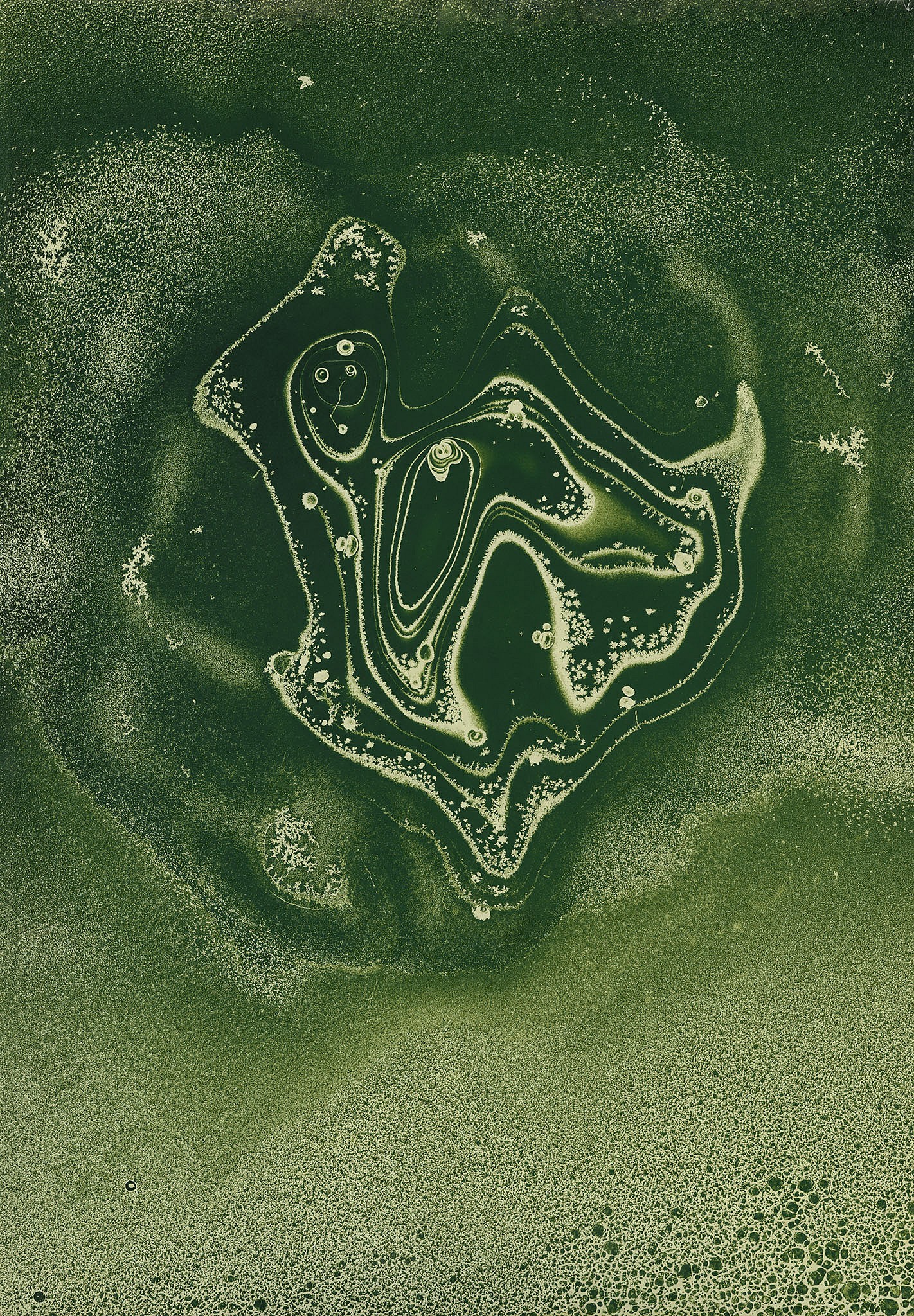 Gitterman Gallery is proud to exhibit vintage photographic work from the 1960s-1970s by Jean-Pierre Sudre (1921–1997). The exhibition opens Wednesday, September 11th from 6 to 8 p.m. and runs through Saturday, November 9th.

A masterful technician in the darkroom, Jean-Pierre Sudre was enamored by the wonders of nature and the possibilities of photography. In the late 1950s his began to employ and create innovative techniques to amplify the abstract and visualize the building blocks of nature. This exhibition features these abstractions which exemplify his wonderment as well as his spiritual and metaphysical concerns.

His investigation began in the early 1950s photographing the dense forest floor. These photographs emphasize the infinite textures and patterns of nature. In the late 1950s and early 1960s his explorations turned toward the micro, creating crystals on glass plates that he would use as "negatives." On many of these prints Sudre employed the Mordançage technique, which he invented based on a late nineteenth century process known as etch-bleach.

Mordançage solution includes hydrogen peroxide, acetic acid and copper chloride. Once a fully processed gelatin silver print is put into the Mordançage solution, the darkest areas of the image (the areas with the greatest silver content) swell and soften. Sudre would then wipe them away leaving a relief of the mid-tones and the highlights. Next, he would thoroughly wash the print and redevelop it. He used a variety of different developers in various solutions and often made his own photographic chemistry. He was able to achieve a range of colors from the various toners he used and by letting the developer oxidize. His dynamic and expressive use of color became an integral part of his work.

Jean-Pierre Sudre was born in Paris in 1921. He studied at l’Ecole Nationale de Photographie et de Cinématographie and at l’Institut des Hautes Études Cinématographiques. Due to the limited opportunities in cinema, Sudre decided to become a professional photographer. Growing up, his family owned a property surrounded by woods; it was there that he became entranced by nature. In addition to his commitment to his own work, Sudre was an influential teacher in both traditional and experimental photography. He created the photographic department at the School of Graphic Art in Paris. In 1974 Sudre and his wife Claudine, a fine photographer and printer in her own right, moved to Lacoste and opened a research center, later named the Association for Professional Training and Research in Photography, where photographers would spend nine months immersed in photography.

During his lifetime Sudre's work was exhibited throughout Europe, including the Musee d'Art Moderne in Paris and the Palais de Beaux Arts in Brussels. He was featured in the Museum of Modern Art's exhibition A European Experiment in 1967 along with Denis Brihat and Pierre Cordier, an exhibition emphasizing color and texture and the physicality of photo-based work. Sudre’s work is represented in international institutional collections, including the Center for Creative Photography, Tucson; Cincinnati Art Museum; The Gernsheim Collection, University of Texas, Austin; The Morgan Library & Museum; Museum of Fine Arts, Boston; Museum of Fine Arts, Houston; Museum of Modern Art, New York; Princeton University Art Museum and the Saint Louis Art Museum.