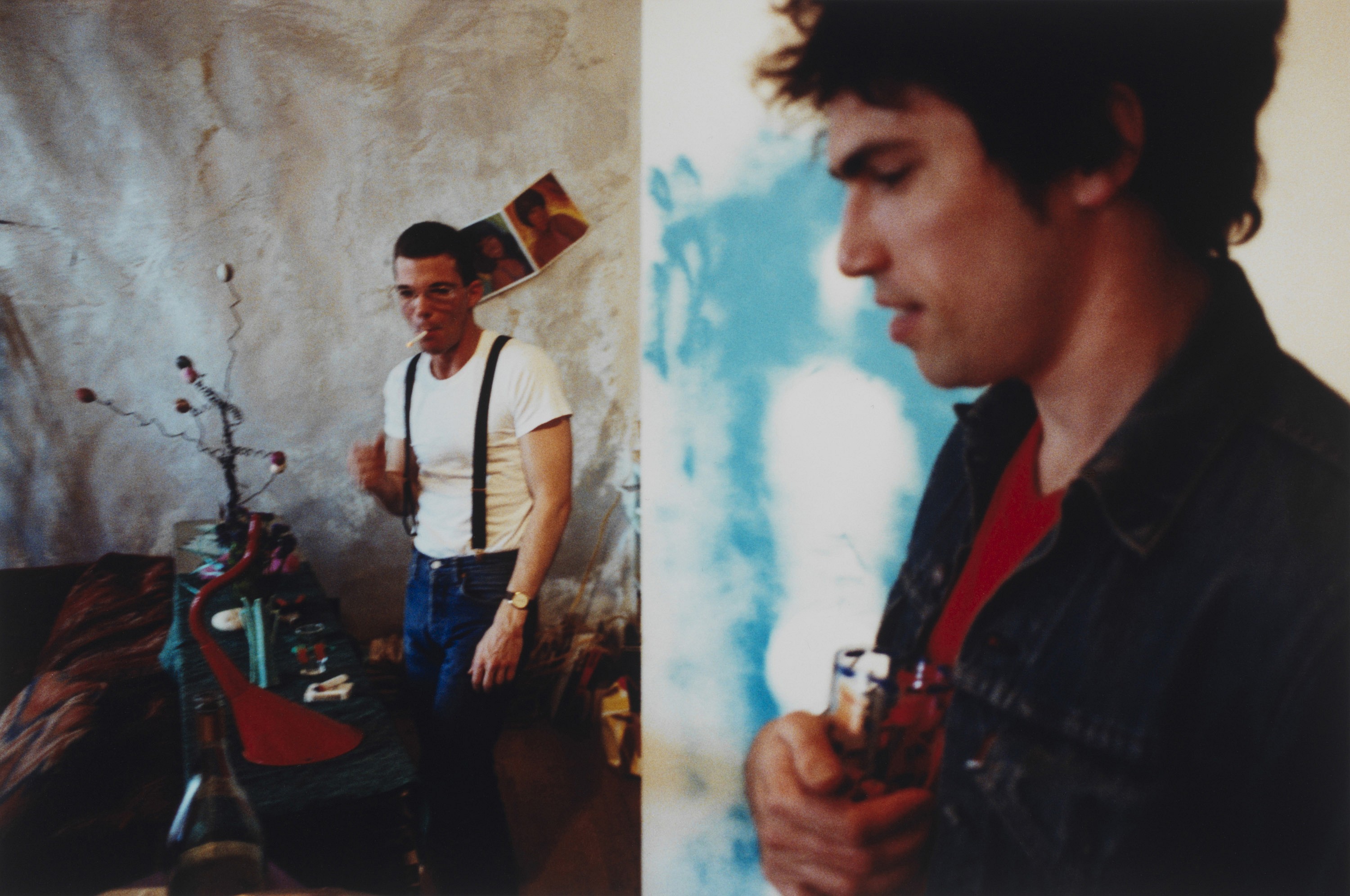 Gitterman Gallery is proud to present an online exhibition of color photographs by Allen Frame from New York in 1981, in conjunction with the release of his new book, Fever (MATTE Editions, 2021).

Frame moved to New York from his home in Mississippi in 1977 and began to photograph friends he knew from his college days in Boston and others he was meeting. By 1981, he had a circle of artist friends that he photographed in his apartment, their studios, on beaches, and on the streets of New York, including the artists Charles Boone, Darrel Ellis, Frank Franca, Robert Gober, Nan Goldin, Dan Mahoney, Frank Moore, Cady Noland, Laurie Sagalyn, Kevin Teare, Ken Tisa, Coco Ugaz, Jane Warrick, David Wilson, and Zamba.

Though Frame had previously worked mostly in black and white, in 1981, he photographed extensively with color. In an article on this work in the Winter 2021 issue of Aperture, Brendan Embser writes:

“He used available light, gentle ochres and greens, the faint shade of blue when sky is indistinguishable from water. He composed his frames with beguiling precision, with just-off symmetry and split-screen scenes demarcated by paintings or doorjambs.”

At the end of the book, Frame interviews eight of the artists who are still living about that period in New York. As he notes in his essay,

“Many of the men in these pictures died of AIDS: Bill, Charlie, Darrel, Dan, Coco, John West, Frank Moore, Tom Reeder, Bob Applegarth. It is heartbreaking to contemplate them. We were full of joy and hopefulness about our lives, about what we would accomplish creatively, about our close-knit relationships. For all of us, finding like-minded friends and lovers in a city with so many possibilities like New York was something we had yearned for. In 1981, AIDS had not yet entered our lives directly, though we had read the first reports of its appearance. Within a few years, we were all part of its devastation.”

Allen Frame has been a teacher of photography in New York for almost 30 years.  He has also been the curator of numerous exhibitions, including recently, “The Photographs of Charles Henri Ford” at Mitchell Algus Gallery, and, in 1996, a retrospective of the work of Darrel Ellis in 1996, an artist friend depicted in Fever, whose work is currently experiencing a posthumous success.  Frame has had four previous exhibitions with Gitterman Gallery.

The introduction to Fever is by Drew Sawyer, Curator of Photography at the Brooklyn Museum. 500 copies, 152 pages, 50 color photographs and ephemera.
http://MATTEeditions.com/books/fever

A deluxe edition of 25 copies at $200 each includes a signed 4x6 digital chromogenic print of Bob, George, Bill, Charlie, and Zamba at Jones Beach, 1981.

In a simultaneous, in-person show at MATTE in Brooklyn, Frame is presenting a selection of images from Fever, along with a salon-style hanging of work from his collection of artists depicted in the book and recent work by some of them, including Frank Franca, Nan Goldin, Jody Guralnick, Kevin Teare, Ken Tisa, Jane Warrick, David Wilson and Zamba. Other photographs from the period by Sheyla Baykal, Robert Penner, Laurie Sagalyn, and Perry Walker are part of the salon-style presentation.

Fever is the 6th book published by MATTE Editions, the Brooklyn-based publishing imprint of Matthew Leifheit. MATTE Magazine, founded in 2010 as a platform for new ideas in photography, has recently published work by emerging artists including Chanell Stone, Leor Miller, Olivia Reavey, and Hak Dixon.