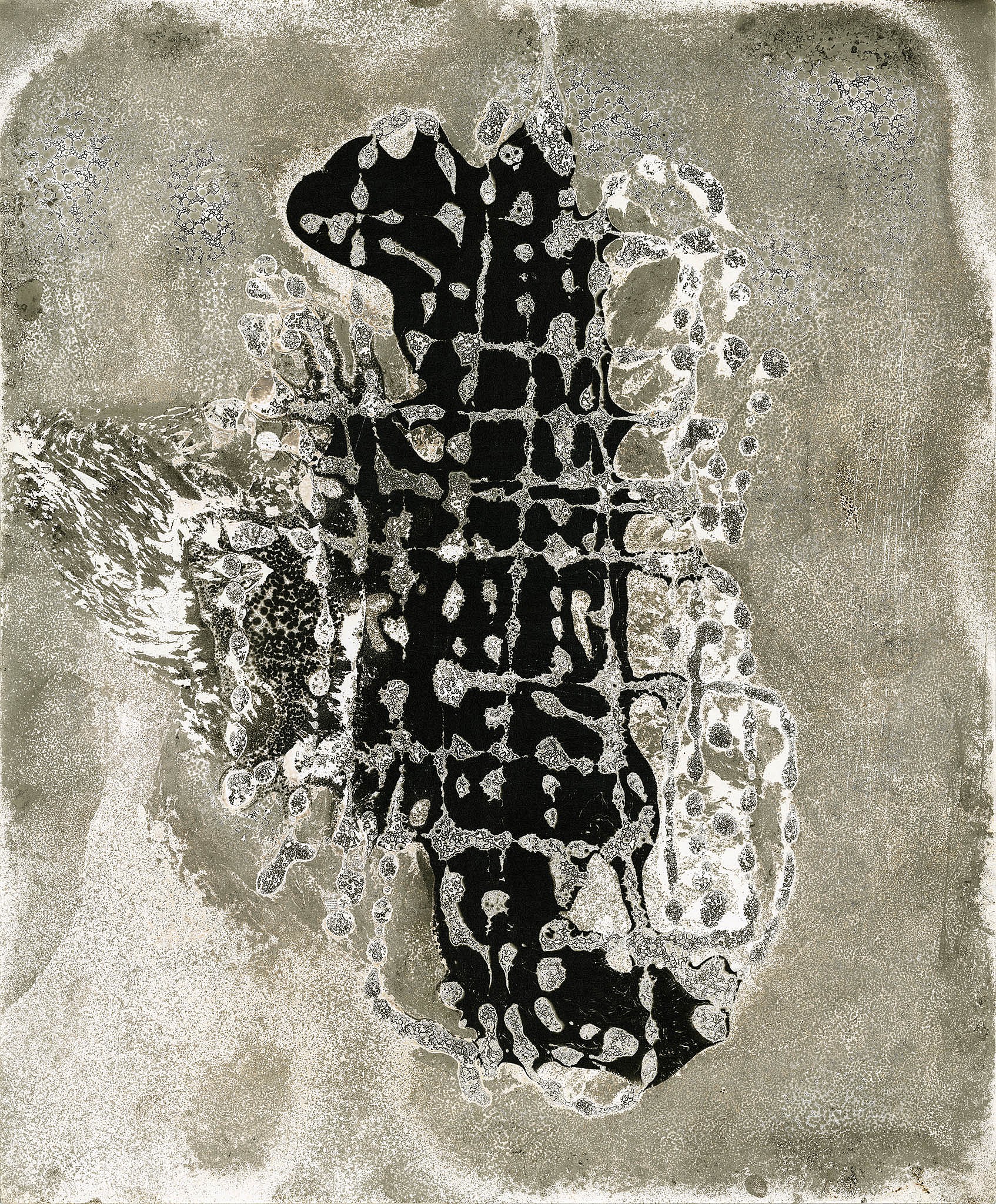 Gitterman Gallery is proud to present seven rare 24 x 20 inch chemigrams from the late 1950s by the German artist Chargesheimer (1924—1971). Working without a camera, Chargesheimer applied and manipulated photographic chemistry directly on the surface of photosensitive paper to create captivating abstract works that are the result of physical gesture and chemical reaction. Each resulting work is unique.

These objects, which include elements of both painting and photography, have a correlation to the evolution of abstract painting of the time which had begun to expand beyond the surface of the canvas and to emphasize the physicality of painting. Though Chargesheimer's chemigrams are flat, their variety of visual textures and detail bear a similar tactility to the painting of his era, and yet they also possess a luminosity that feels particularly photographic.

Chargesheimer was always a bit of a contrarian, often flaunting expectations or accepted norms in art. According to his friend and early champion Gerd Sander, if you asked Chargesheimer if he was an artist, he would deny it. Yet, Chargesheimer was a photographer, painter, sculptor, set designer, graphic designer, exhibition designer, and one-time opera director. According to L. F. Gruber, "...he was fundamentally a most sensitive heart which gladly hid behind aggressive overstatement." It was this sensitive heart that infused his work with emotional resonance. The chemigrams are not simply experiments with chemistry or achievements of bravado, they are expressions of the inner self, full of turmoil, fear, wonder, and hope. Some seem to embody totems or artifacts of a mystic origin while others seem to reference an unknown language. Regardless of what references one might see in the work, they embody the complexity of Chargesheimer's psyche.

Chargesheimer was born Karl Hargesheimer in 1924 in Cologne where he lived most of his life. His study of photography and graphic design at university were cut short with the outbreak of WWII. He was opposed to the War and successfully avoided military service. In 1948 he joined a professional artists' union and he changed his name to Chargesheimer, a contraction of his given name.

Chargesheimer photographed post-war Cologne extensively, creating numerous books. His images of the city, its people, and portraits of significant figures, are both expressively dynamic works of art and historic documents of post-war Germany. As early as the late 1940s, Chargesheimer began to explore abstraction in photography with photograms and montages and by the late 1950s chemigrams. In 1961 he made an edition of 25 deluxe books, each containing 10 matted and bound chemigrams. A copy from this edition is available at the gallery for consideration alongside the seven chemigrams.