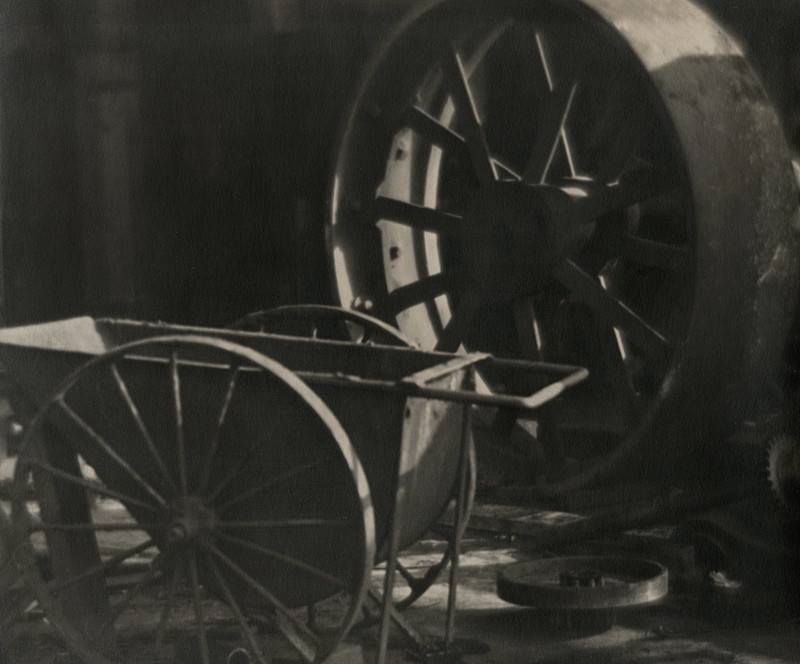 Gitterman Gallery is honored to present the first solo exhibition of vintage black and white photographs by Alma Lavenson (1897-1989) in New York. This exhibition includes rare vintage gelatin silver prints from the 1920’s through the 1940’s that reveal Lavenson's evolution from pictorialism into modernism and features many prints never before available for sale. Lavenson distinguished herself from other West Coast modernists by focusing her camera primarily on architectural and industrial subjects. Lavenson's photographs pay tribute to her subjects: she emphasized their inherent form and pattern with the structure of her compositions and focus on light and shadow.

Alma Lavenson was born in San Francisco in 1897 and after the 1906 earthquake she and her family relocated across the Bay to Oakland, where she lived for the rest of her life. Lavenson took up photography around 1918 and received a degree in psychology from the University of California at Berkeley in 1919. Her earliest photographs are emblematic of the pictorialist style of the time. In 1930 a family friend presented Lavenson with letters of introduction to Imogen Cunningham, who became a life-long friend and her greatest influence, and to Edward Weston, who encouraged her to switch from a soft-focus to a sharp focus lens.

Lavenson exhibited extensively. She was included alongside Cunningham, Weston and Ansel Adams in the inaugural exhibition of Group f/64 in 1932 at the de Young Museum, San Francisco. In 1933 Lavenson had solo exhibitions at both the de Young Museum and at the Brooklyn Museum. She was honored with solo exhibitions at the San Francisco Museum of Modern Art in 1942, 1948 and 1960. Her 1988 solo exhibition at the Baltimore Museum of Art, curated by Susan Ehrens, and the subsequent book Alma Lavenson: Photographs (Wildwood Arts, 1990), also by Ehrens, solidified Lavenson’s place in the history of photography.

Alma Lavenson's archive of photographs, photographic negatives and papers is housed at the Center for Creative Photography at the University of Arizona, Tucson and her work is also included in numerous museum collections.