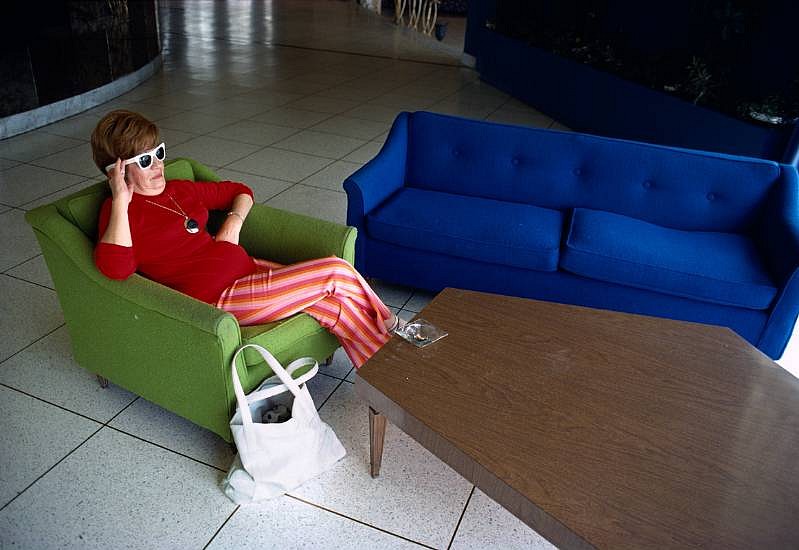 Gtterman Gallery is proud to present an exhibition of color photographs by Charles H. Traub (b.1945) concurrent with the release of his second monograph, In the Still Life (The Quantuck Lane Press, 2004). The exhibition will open on Tuesday, February 8th from 6 p.m. to 8 p.m.

The photographs are Traub’s quick and candid reactions to everyday life over the past two decades. His compositions capture ironic and often humorous juxtapositions that occur regularly within our social landscape, but often go unnoticed. As the title of Traub’s book suggests, each photograph creates an inherent “still life” by holding a glimpse for us to consider, often allowing the image to transcend its original context.

Unlike much of the photography in contemporary art today, Traub’s images are “observations in the real world”. They thus seem to be a reaction against the current vogue in image making that is fictive, directional or constructed. It is Traub’s belief that “the things that happen in everyday life are so improbable and amazing that they defy imagination.” He finds this pure discovery the ultimate reward.

A student of Aaron Siskind’s at the Institute of Design in the late 1960s, Charles H. Traub has been photographing for over 35 years. Traub is the chairperson of the MFA program in Photography, Video and Related Media at the School for Visual Arts in New York City. He is also a co-founder of the exhibition Here is New York: A Democracy of Photographs and was the director of Light Gallery in the late 1970s.

Traub has edited, co-edited, and written many books on photography, its history and critical thought, including: In the Realm of Circuit: Computers, Art, and Culture, a textbook (Prentice Hall, 2003); An Angler's Album (St. Martins Press/Rizzoli, 1990); Road Trip; Photographs 1980-1988, with Aaron Siskind (Friends of Photography, 1989); Italy Observed in Photography and Literature, co-edited (Rizzoli, 1988); The New Vision: Forty Years Of Photography At The Institute Of Design (Aperture, 1982); Light (Light Gallery, 1981); Beach, monograph (Horizon, 1978); and many others. His work has appeared in many magazine including: Zoom, Camera International, Camera Arts, American Photographer, Popular Photography, Aperture, Afterimage, and I.D. Magazine.