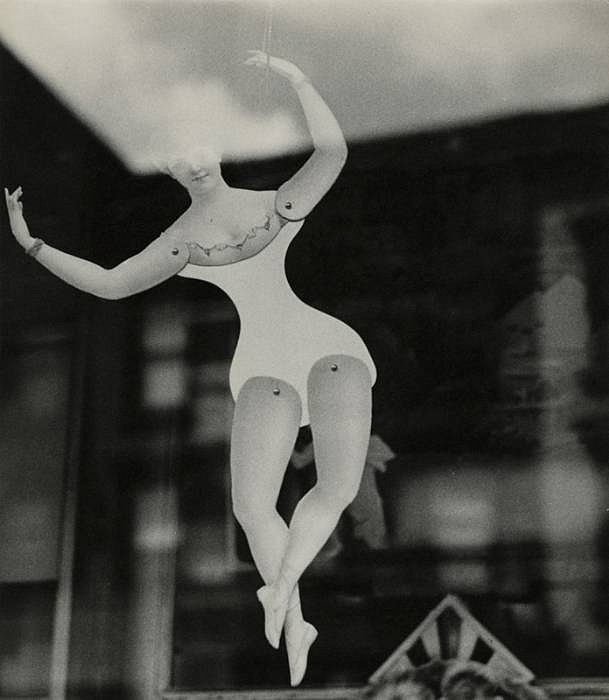 Gitterman Gallery is proud to present an exhibition of vintage black and white photographs by Gita Lenz.  The exhibition will open with a reception and book release on Wednesday, September 23rd from 6 to 8 p.m. and continue through Saturday, November 20th.

From the 1940s to the early 1960s, Gita Lenz (b. 1910) created a body of work that withstands comparison to many of the better-known photographers of the time. Aaron Siskind was both a friend and strong influence. Like Siskind, who started out as a social documentarian and member of the Photo League in New York, Lenz’s work ranges from the humanist to the abstract. She spent much of her time making images of the people and the city around her. Also, like Siskind, Lenz explored abstraction, both in nature and in the urban environment, frequently making complex and beautiful images of mundane and dilapidated subjects. Some images are tender, demonstrating a sense of empathy and respect, and others are dynamic, suggesting a modernist and sometimes surreal perspective.

Gita Lenz moved to an apartment at the corner of Carmine Street and 7th Avenue in 1940. Soon after, Lenz began photographing infrequently and informally, but by the 1950s she was working professionally and receiving recognition.

In 1951, following the seminal exhibition Abstract Painting and Sculpture in America at the Museum of Modern Art,  Edward Steichen curated the exhibition Abstraction in Photography, and included Lenz’s work alongside work by Erwin Blumenfeld, Josef Breitenbach, Alexey Brodovitch, Harry Callahan, Henri Cartier-Bresson, Ralston Crawford, Walker Evans, Lotte Jacobi, György Kepes, László Moholy-Nagy, Man Ray, Charles Sheeler, Arthur Siegel, Aaron Siskind, Frederick Sommer, Alfred Stieglitz, Paul Strand and Edward Weston. For Steichen, the exhibition was meant as a response to the “sensitive reportorial photography” of the period and featured “the work of photographers concerned with evolving another reality by probing into the realm of the abstract.” The first major exhibition of Lenz’s work was in a three-person show, The Third Eye with John Reed and Don Normark, at the Brooklyn Museum of Art in 1952. Soon after, in 1955, Edward Steichen included her work in another exhibition at the MoMA, this time in the landmark exhibition, The Family of Man.

Lenz pursued commercial and fine art photography into the early 1960s until her financial situation required her to seek a steadier income. She did, however, continue with other creative pursuits, chiefly creative writing and poetry.

When the reality of living alone in her fifth floor walkup on Carmine Street became too impractical, Timothy Bartling, who was her neighbor and had become her friend, helped Lenz move into an assisted living facility near her old neighborhood and manage her personal affairs. Bartling elicited the expertise of his friend the photographer Gordon Stettinius to archive Lenz’s work. It was the depth and quality of Lenz’s work that inspired Stettinius to found Candela Books and make Lenz’s work the subject of its first publication. Because Lenz’s memory has been fading in recent years, it is due to the efforts of Bartling and Stettinius that we now know of her work and a little of the life she led.