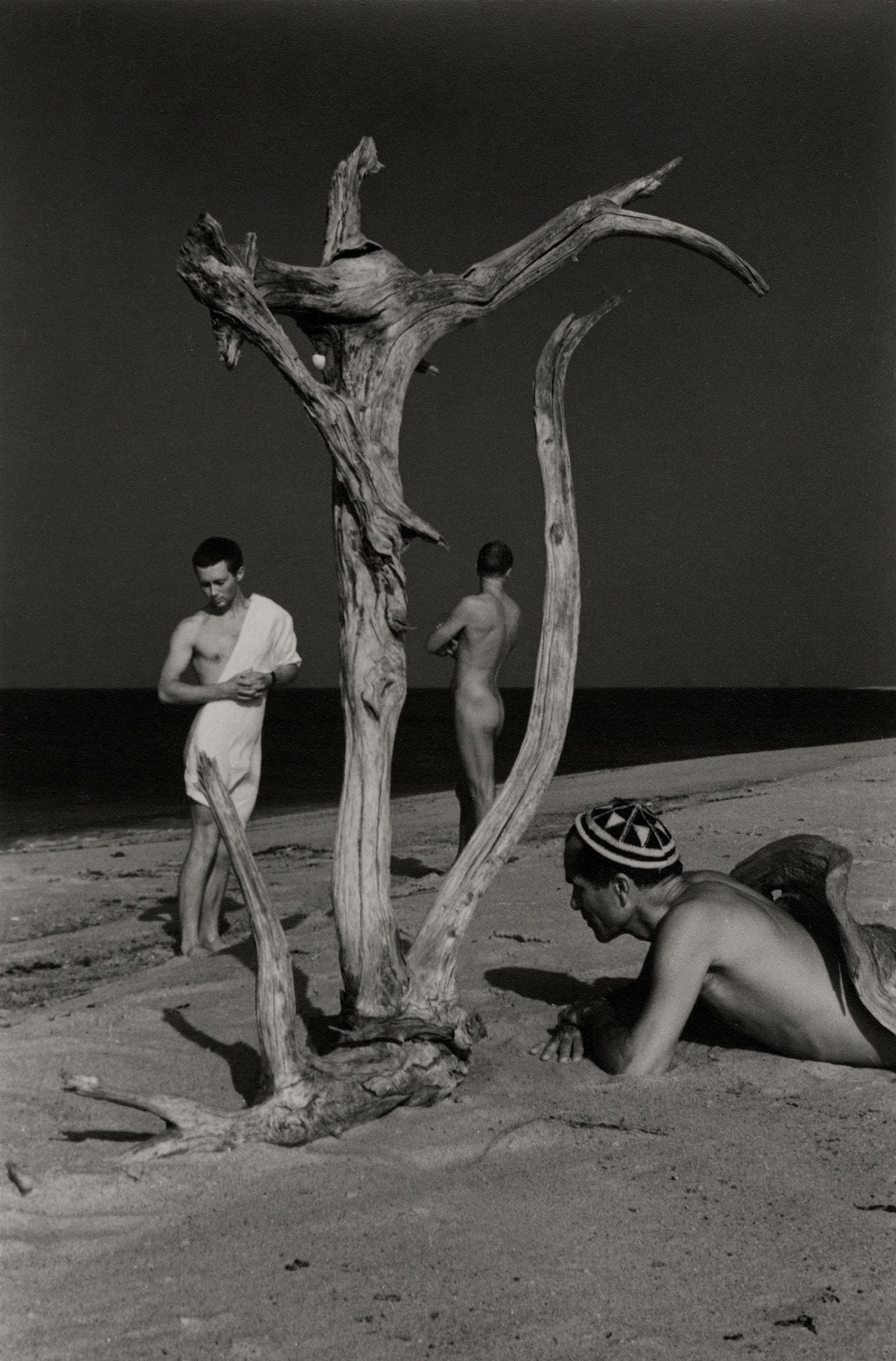 Gitterman Gallery is proud to exhibit vintage black and white photographs by PaJaMa. The exhibition will open Wednesday, September 9th from 6 to 8 p.m. with a reception and run through Saturday, November 7th.

PaJaMa, an acronym for Paul-Jared-Margaret, was a collaboration between the artists Paul Cadmus, Jared French and Margaret French. Influenced by Carl Jung’s idea of the collective unconscious, these three artists known for their magical realism in other media collaborated in making photographs at the beaches of Fire Island, Provincetown and Nantucket as well as New York and New Jersey during the late 1930s through the early 1950s. They alternated as figures within the compositions, along with their friends, many of whom were figures in the New York art, dance, literary and theater worlds.

This exhibition will also include a Paul Cadmus etching, a drawing and sculpture by Jared French, and a painting by Margaret French. Though initially deemed socially deviant, the work of Paul Cadmus and Jared French is now highly revered and considered an important part of American art.