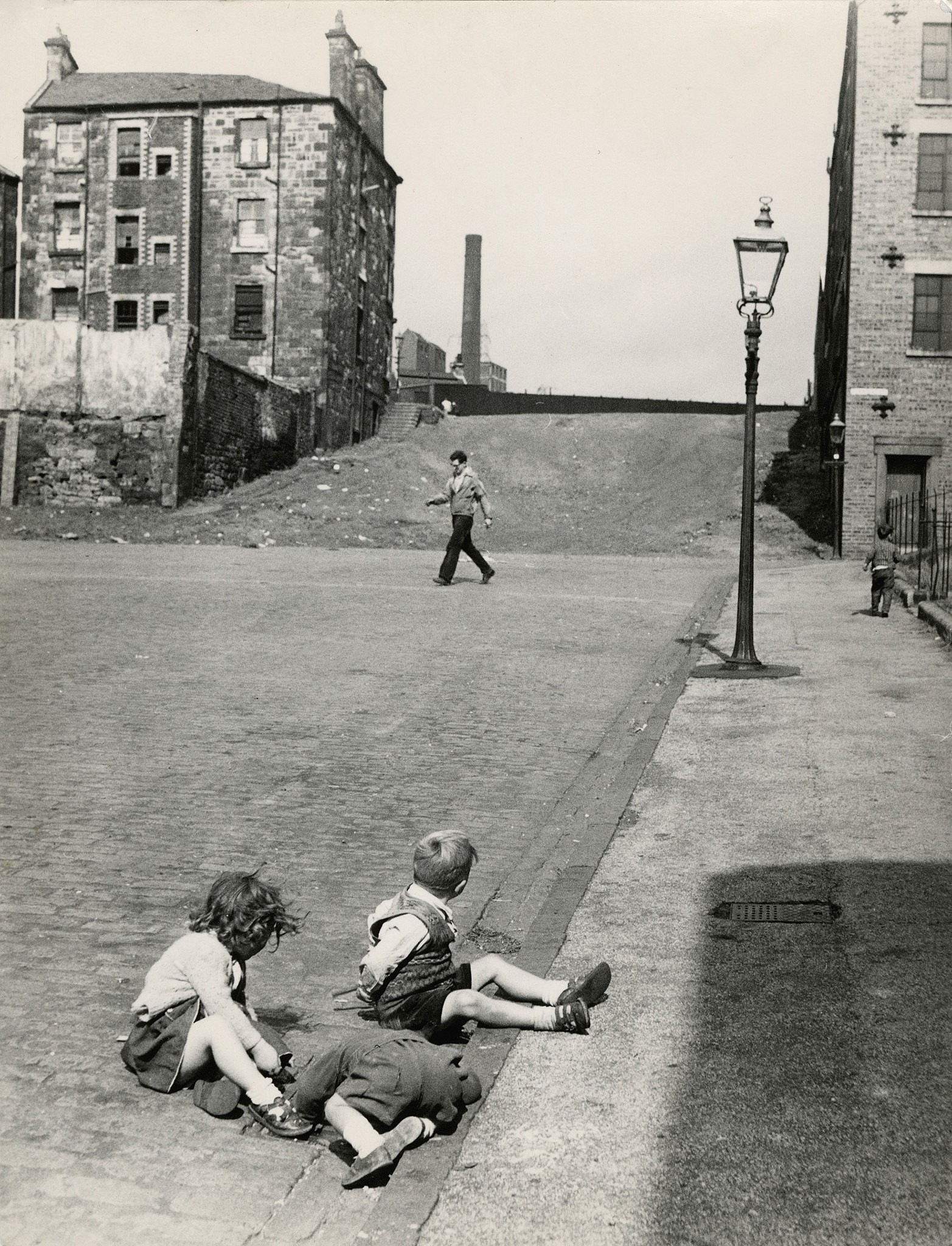 Gitterman Gallery is proud to exhibit the vintage black and white photographs by Roger Mayne (1929–2014), opening Wednesday, November 18th, from 6 to 8 p.m. and running through Saturday, January 23rd.

Roger Mayne's seminal body of work on the streets of West London and similar working class neighborhoods of Britain in the 1950s and early 1960s made him one of the most important post-war British photographers. This exhibition will highlight groupings of photographs Mayne made of the same scene, on the same day. These groupings illustrate Mayne's distinctive way of seeing and engaging with his subject. Growing up in a strict and socially isolated environment, photography became a way for Mayne to connect with people and explore the world around him. His honest and empathetic approach to photography is evident in the candid response from his subjects.

Roger Mayne first became interested in photography while studying chemistry at Balliol College, Oxford University from 1947-51. In 1953 he developed an interest in the St. Ives School, which embraced the abstract avant-garde movement, and became friendly with the painters Terry Frost, Patrick Heron and Roger Hilton. Mayne was an early proponent of photography as art and consciously printed with high contrast and favored tight graphic compositions to emphasize the formal qualities in his work and have a dialogue with the painting of the time.

Mayne's photographs evoke a particular moment in post-war Britain when hardships brought on by the war and rationing were still present. Mayne's photographs reflect the positive community life in the streets that would soon be coming to an end with the rebuilding and modernization of many working class neighborhoods. His images of these communities and the people: teddy boys, jiving girls and kids playing in the street, preserve the spirit of these neighborhoods. By 1959 Mayne’s images were so indicative of this period that Vogue used them to illustrate teenage styles. Colin MacInnes used one of his images on the cover of Absolute Beginners, a novel told in the first person by a teenage freelance photographer living in West London that commented on the youth culture of the time.

Throughout this period Mayne worked as a freelance photographer and his photographs were reproduced regularly in magazines and newspapers. His work was included in group exhibitions at the Combined Societies, a progressive group of local photographic societies in Britain that broke away from the Royal Photographic Society. His work was also included in Otto Steinert’s Subjektive Fotografie in Germany, a series of group exhibitions and books of international photography that emphasized personal expression and the aesthetic potential of the medium.  Mayne had solo exhibitions in 1956 at the George Eastman House in Rochester, N.Y. and at the Institute of Contemporary Arts in London. As early as 1956-57 the Museum of Modern Art, New York and the Art Institute of Chicago acquired his work. Mayne’s work has been collected by numerous institutions including: Victoria and Albert Museum, London; George Eastman House, Rochester; Metropolitan Museum of Art, New York; Los Angeles County Museum of Art, Los Angeles; Bibiliothèque Nationale, Paris; and the Museum Folkwang, Essen.

Though his talent as a photographer was recognized early in his career, it was his solo exhibition at The Victoria and Albert Museum in 1986 and the subsequent use of his images on album covers and concert backdrops for the musician Morrissey in the 1990s that renewed interest in his work. Most recently, Mayne’s work was featured in Art of the ‘60s at the Tate Britain in 2004, Making History at the Tate Liverpool in 2006, How We Are: Photographing Britain at the Tate Britain in 2007 and Roger Mayne: Aspects of a Great Photographer at the Victoria Gallery, Bath in 2013.