It was a time like our own. A young man comes to New York and wants to be an artist. A president wants to make America great. A doctor sounds an alarm. A health crisis looms, like an overture in a minor key, but everyone goes to a bar called the Bar and a gallery called Fun.

There was a difference between uptown and downtown then. Allen Frame had grown up in Mississippi and lived in Boston, and, in 1977, when his friends were moving to New York, he moved there too. After living in a gay rooming house in Brooklyn, he found a place downtown on Perry Street in the West Village. He cleaned apartments for enough cash to get by, and he didn't need much because rent was cheap. Frame had time for friendship, for art and sex. He met other gay men who were artists and writers, and each brought references and experiences and ambition to the scene. He had his first boyfriend. "It was like heaven," he said...

get your own copy of Aperture 241 HERE and read on

Christopher Russell's art engages historical notions of landscape yet he does so with a decidedly contemporary approach. Each work is unique and combines color photography and drawing. Based in the Pacific Northwest and inspired by Carleton Watkins' photographs of the American West, Russell's images both extend the tradition of landscape photography and challenge the viewer's perception of the medium. These images of hazy color are manipulated by the artist scratching into the surface of the print with a razor. The drawings add detail back into the consciously obscured photographic image. In some cases, he draws abstract forms made with small markings that represent the half-tone patterns of photomechanical reproduction. With others, Russell draws historical plant and floral patterns, essentially layering stylized images of nature over the original photographic image. Though he pushes conceptual and art historical boundaries, Russell remains a Romantic and his artwork invites the viewer to experience the wonder that he has found, and that continues to inspire him.

The Camera Ministry of KHALIK ALLAH

"I think that beauty is everywhere. It depends on the decision to find it, focus on it, and accept it. Perception is always a choice. It seems that we are feeding off what our senses tell us is reality, but we choose what we see. When we look outward, we see a reflection of what we first witness inside ourselves. When you turn inward, your inner world is naturally unique. As long as I draw on that well of inspiration it’s not going to run dry."

Magnum Photos welcomed Khalik Allah into the agency as a nominee. As an international photographic cooperative owned by its photographer-members, Magnum has a structured process for introducing new members. Photographers first join the organization as nominees, before progressing to become associates, and then finally gaining admission to the Magnum collective as full life-long members. 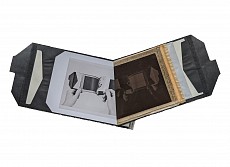 This well-edited show doesn’t change any of our conclusions about the obvious intelligence in Josephson’s work, but instead acts like a welcome refrain, bringing some of Josephson’s primary innovations back to our attention for another round of savoring and recalibration. Especially as seen in some of these lesser known works, Josephson’s cleverness and thoughtfulness about photography is remarkably deep; even efforts that we may have overlooked prove to be just as perplexingly magical as some of his best known masterworks.

It seems likely that in our current times of puzzlingly malleable truth and simmering anxiety that the Surrealist impulses of the past will have a resurgence, and that photographers like Jahan might be primed for rediscovery or at least renewed interest. This tightly edited survey reminds us of his breadth of vision, the consistent quality of his efforts, and the power of an off-kilter view of unsettled normalcy.

The documentary filmmaker Khalik Allah, whose new feature, “Black Mother,” opens on Friday, is one of the most original cinematographers of the time. The modern cinema is a photographic cinema, with its roots in the hands-on creation of personal and highly inflected images; Allah is also a notable still photographer, and he made “Black Mother” the same way that he makes stills. He filmed the movie alone in the company of his subjects, doing his own camera work (in a variety of film and video formats, in color and in black-and-white); for that matter, he also recorded the sound. But his photographic sensibility is only one element of his exemplary art. He also edited the film, and his complex sense of audiovisual composition—textural, tonal, thematic, rhythmic, philosophical—is as original and as personal as his cinematography.

Link to the rest of Richard Brody's review from March 8

Taken in 1941 by the late French photographer Pierre Jahan, the photos in La mort et les statues are like something from a bad dream. Dismembered statues and gargoyles appear against an incongruous background of industrial machinery, plunging the viewer into a world of shadow and stone.

Jahan produced the prints in Nazi-occupied Paris, where sculptures had been seized from their public perches to be melted down for metals to aid Germany’s war effort. These grotesque figures seem to emit a silent expression of pain for the surrendered city.

The images showcase Jahan’s remarkable ability to merge reportage and Surrealism, a slippage he described as “a kind of drift similar to dreaming”. 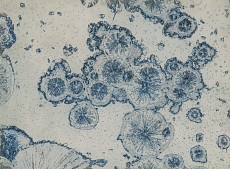 In the realm of photographic abstraction, Sudre’s pictures stand out – his mix of processes and experimentation led to works that don’t look like anything else we’ve seen before (or since). Their extremes force us beyond simple admiration of their rhythms and complexities into a grasping search for analogies – their strangeness looks like something else, what exactly we can’t quite say. These are intense photographic expressions, ones whose densely packed mysteries and allusions keep us wondering.

HOW KHALIK ALLAH BENT THE RULES OF STREET PHOTOGRAPHY, AND FOUND HIS VISION